#ReportIt: When attacks force journalists to hide their identity

By Roberta KnollNovember 5, 2020 No Comments

Home » #ReportIt: When attacks force journalists to hide their identity

It was a defeat for journalism, the editor-in-chief of Dutch public broadcaster NOS said when he had the NOS logo removed from the broadcast vans in early October. Technicians and reporters no longer felt safe when driving in or working from the white cars with the bright red stickers on the side. Vans were urinated against, banged on, and cut off on the road. Reporters were cornered, yelled at and threatened, and standups photobombed. Being visible while reporting on location became more and more precarious. It became almost customary for security guards to accompany reporters. So off went the logos and the slogans. No more “Always. Everywhere. NOS.”

As news ombudsman for – amongst other public programming – NOS News, it made me sad. To me it felt also like a loss to Dutch society. Apparently, we, the public, can’t or won’t guarantee a safe working environment for one of our democracy’s pillars, the press. And it had me professionally puzzled. For what about one of the ethical rules journalists have to abide by: to always disclose you are a journalist and not to work undercover unless traditional, open methods will not get you the information needed to uncover vital misconduct?

To many, the move of NOS News came as a surprise. What had happened to the Netherlands, so often perceived to be a nation of few extremes and plenty of tolerance? Every year, the Reuters Digital News Report rates the country high on trust in media (early this year 4th on the list of 40 countries surveyed, with 61%), with NOS News in an even stronger brand-leading position, a whooping 81%. One of my American journalist friends texted me “E tu, Netherlands?”, referencing betrayal and ancient Rome. But of course, we Dutch are no stranger to societal undercurrents of media distrust, vilification, public anxiety and populist anger. I have the content of my ombudsman mailbox to prove it.

The public seems to expect something extra from a public broadcaster. Many of the complaints I get contain some variation on the “with my tax euros”-theme: if I ‘pay’ for the news, it should take my side or present my facts. And if it doesn’t, the news is fake and the newscaster biased. These voices have become louder over the five years since I have been ombudsman, and a pandemic doesn’t do much to mitigate this discontent.

People rely on the press to report on events freely. But what if that – in some countries more often than in others – becomes impossible without extra precautions or even without disguising who we are? Does the public understand what could be at risk? We need politicians, judiciary, science, to help us fight the fight for our freedom to report. But there also are things we can and should do ourselves.

First, we need to talk about these acts of intimidation, for they are no longer isolated incidents. Not in the Netherlands, and not elsewhere. We have, indeed, joined the ranks of the many countries where reporting out in the open leaves us exposed and vulnerable. And we can only make that clear if we speak up and call out those who perform as well as facilitate, justify or look away.

We get uncomfortable when reporting on ourselves and the things that make our work difficult. We say it is not about us but about our reporting. But we need to know and show we are not alone in this. It wasn’t evident that NOS News would speak out about the threats and intimidations, but as a large, national newscaster it made an impact. The lone, even more exposed freelancer out in the field could feel buoyed up. “E tu, NOS?” Yes. Strength and urgency are also in the numbers here. Politicians, shape up! We need to show you can’t mess with a reporter because you didn’t like the news today.

But we need to know and show we are not alone in this.

And then we should be transparent about our work practice. Are we clear enough in what we do, how we do it and the choices we make? Journalism is not a matter of ‘he said – she said’ and that is that. Journalists gather information, weigh evidence (and no: claiming that contradictory data are alternative facts is not enough), connect dots and provide context. We need to listen to all voices, need to walk all streets and investigate all sides to the news. But not all information or every voice warrants equal space or time in our reporting, information and people can be wrong.

We don’t have to be neutral, we can’t be neutral, the world is not neutral. If you want neutrality, hire a stenographer. But we don’t have a double agenda either. We do have to be independent and impartial, factual, flawless and fair. And we must be crystal clear about how we do that. That won’t win over those who benefit from muzzling the press, but it just might help convince the doubtful or the disenfranchised that we listen and we care. And that we are not out to get them, but that nobody is always and automatically entitled to the print columns, the airwaves or – even – the truth.

We don’t have to be neutral, we can’t be neutral, the world is not neutral. If you want neutrality, hire a stenographer.

And after that, what we need to do is glue those logos back on as soon as we can. For it is not just against our journalism instincts to not identify as a reporter when we are working. If it weren’t necessary for our safety, it could even be unethical. 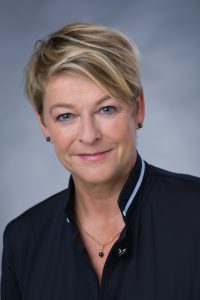 Smit studied journalism in the United States. In 1989, she began working as a news and features reporter for a Dutch commercial TV station and later as their political correspondent.  In 1997, she transferred to KRO Reporter, an investigative television documentary series on Dutch public TV, where she worked till 2009.