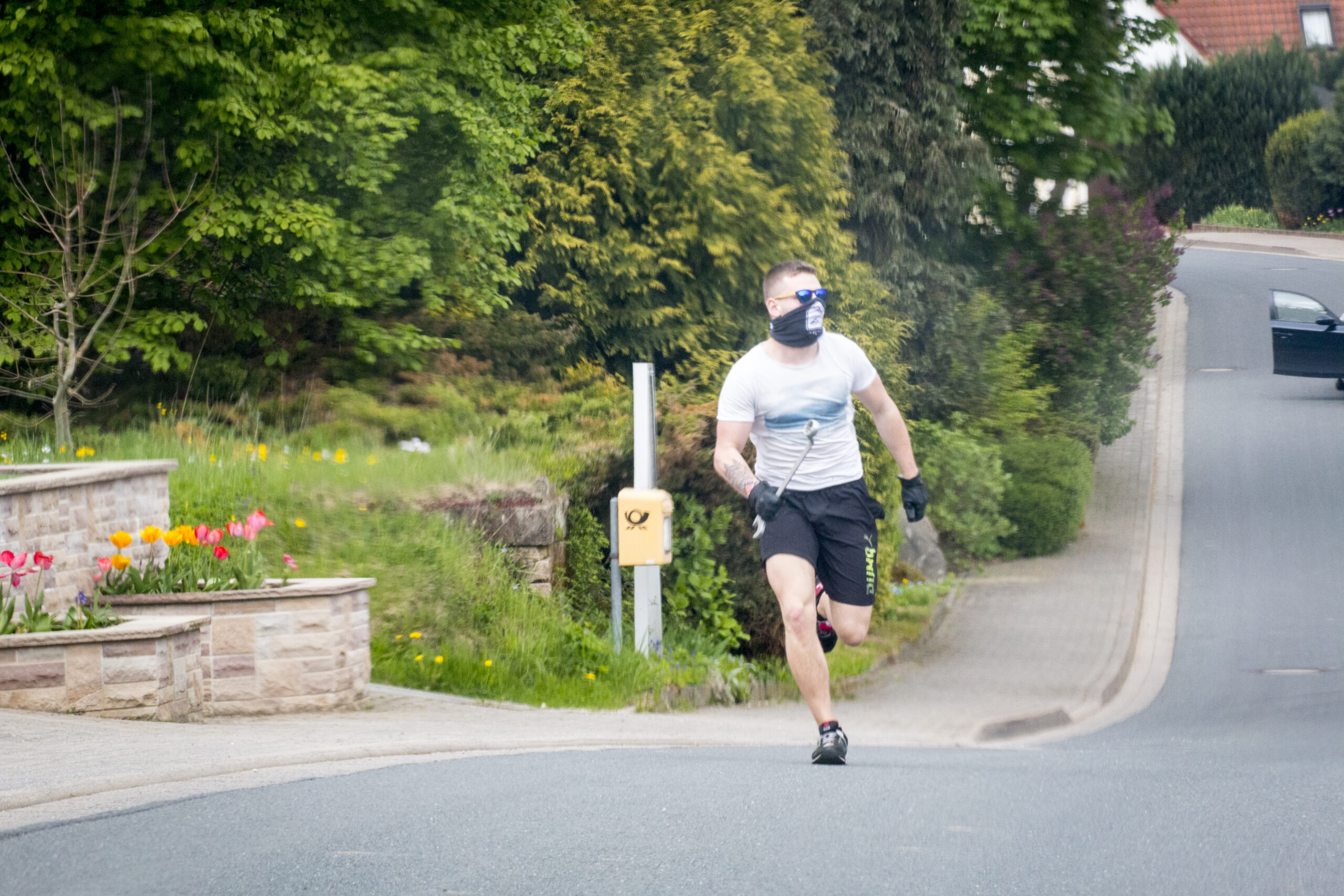 By Roberta KnollJuly 9, 2021 No Comments

Home » #ReportIt: “You can’t intimidate committed journalists with such acts of violence”

On April 29, 2018, two neo-Nazis brutally attacked journalist Martin Mayer* and his colleague, while they were conducting a research trip in Fretterode, (a small municipality in the German state Thuringia). It was about the militant right-winger and board member of the right-extremist National Democratic Party of Germany (NPD), Thorsten Heise.

Both journalists sustained serious injuries and were hospitalised. Their equipment was stolen during the attack. Three years later, a trial date has finally been set for the two attackers. We speak with one of the journalists involved, who wishes to remain anonymous so we have used a pseudonym.

ECPMF: What signal does it send when such a trial has been on hold for three years?

Martin Mayer: It sends a dangerous signal from the prosecution authorities to neo-Nazis. For them, it is a signal that they can do anything and will not be punished for it in the near future. This comes very close to a carte blanche, as can now also be seen in the Ballstädt trial against neo-Nazis. The proceedings have now lasted five or six years. Now the judiciary is offering the accused neo-Nazis deals so that they only get suspended sentences for blatant acts of violence. I, and also my lawyers, fear that in the upcoming Fretterode trial, the sentences will also be significantly reduced here because the proceedings have already lasted so long.

ECPMF: What do you expect from the trial now that it is scheduled for September 2021?

Mayer: That is difficult to say. It will be a very long trial, the judiciary has scheduled twenty trial days. My lawyers think that we definitely need a longer trial because so many witnesses have to be heard.

I expect a fair trial for us. For me personally, it has always been a burden because the trial has already been postponed twice. I keep preparing myself mentally and physically for it, and it keeps getting postponed. It is very difficult for me psychologically to deal with it and I’ve also noticed how it re-traumatises me.

ECPMF: What influence did this brutal attack have on your journalistic work?

Mayer: After the attack, I withdrew [from work] for a month and a half. I first had to realise, for myself, what had happened. I then slowly started documenting neo-Nazi gatherings again, always with the background knowledge that I know there are police here. The police are there to enforce press freedom and also to protect me when I’m threatened, which they often did, but often arriving very late or sometimes not at all.

I continued to build up my safety net. If something were to happen to me, there are people who can respond.

To this day, I go to public neo-Nazi meetings with more heart palpitations than before, especially when I know that Thorsten Heise will be performing. Before that, I sleep very badly for three or four nights and am very nervous.

I also only document public meetings and no longer go to conspiratorially organized meetings, because the psychological strain, as I noticed after one or two times, is simply too high for me, so I have refrained from doing so.

ECPMF: So your work has already changed very drastically overall?

Mayer: Definitely. The pressure and the psychological strain have changed extremely.

But it was my decision to continue, in order to show that committed journalists cannot be intimidated by such acts of violence.

The radicalization of corona deniers affects the press

ECPMF: Feindbild Journalist. Journalist as enemy stereotype, a study published by ECPMF, attributes almost half of the attacks recorded in 2020 from the right-wing end of the spectrum. In addition, there is the practice of doxxing, i.e. publishing one’s addresses online, as well as increased enemy and death lists. Are we dealing with a new manner in which critical voices or journalists are attacked?

Mayer: Firstly, I would distinguish between the groups of neo-Nazis and the so-called corona deniers. There is a strong radicalisation, of the latter. They make great use of doxxing and the mechanisms of the neo-Nazi scene. In the neo-Nazi scene, however, the threat situation has not changed. It has become more public and better known, but colleagues who have been working in this field for twenty or thirty years confirm that the threat situation has always been constant. It is different, [however], on the side of the corona deniers.

ECPMF: Our Feindbild-Study also identifies hostility to the press as an ideological bracket for various groups ranging from corona skeptics and conspiracy theorists to the extreme right. Do you share this assessment?

Mayer: I definitely share this assessment. Corona-deniers use the mechanisms of the extreme right, but unlike neo-Nazis, they really attack at demonstrations. It sounds harsh, but I prefer to go photographing at neo-Nazi events than in this spectrum, because I know that neo-Nazis know exactly how to behave at a march. So they tend not to attack the press, they just threaten it.

In contrast to the conspiracy ideology spectrum, who feel strongly threatened by an alleged dictatorship and this is new to them. This group has become more agitated and radical. They follow their feeling of being threatened. In addition, they often have not yet received the same  media coverage when they’ve attacked press representatives. When you attack the press at neo-Nazi marches, there is this publicity. In the neo-Nazi spectrum, this ‘knowledge’ is already passed on in basic political education for new generations.

In the corona-deniers spectrum, however, the lack of experience leads to increased attacks on members of the press.

ECPMF: But currently it is already one of the main points of criticism presented the media, which is mentioned against these demonstrations.

Mayer: Absolutely, but you don’t learn that from just one incident, precisely because the corona-deniers are just becoming radicalized and politicized and more public. In the case of the neo-Nazis, this has been a gradual process over years, but that also only applies to gatherings. If you then observe a conspiratorial meeting, as in my case, it is already a completely different story.

No sufficient protection by the police

ECPMF: The Reporters Without Borders organization rates press freedom in Germany in 2021 as only “satisfactory”, confirming the development described in our Feindbild-Study. On demonstrations, the demonstrators themselves are the reason for attacks on journalists, but misconduct on the part of the police in dealing with the press has also been noted several times. Do the police protect the media enough here?

What can also be seen is that press representatives are seen as the enemy by the police.

If I document police violence, then these videos are published and it paints the police in a bad light, which they bear grudges over.

The press as an enemy

ECPMF: As ECPMF, we have developed a Press Freedom Police Codex  in order to promote healthy interaction between the press and the police. Nevertheless, the police recently again dealt violently with members of the press, e.g. during a blockade action in Berlin. Do you have the feeling that the relationship between the police and the press is becoming more brutal, or is a rapprochement still possible?

Especially when it comes to documenting civil disobedience, the press is definitely seen as an enemy figure by the police and is also inundated with complaints.

When I, as a representative of the press, document an action of civil disobedience, such as a blockade, I have sometimes received a charge of trespassing because I accompanied activists who blocked a coal excavator. This was dropped by the intervention of my lawyer, because it was clear that I had accompanied these activists press-wise, but nevertheless I got a complaint, nevertheless it was very close to the border that my entire camera equipment was confiscated by the police. I don’t really know how an approach can still take place there.

ECPMF: Which social actor do you see as having a duty here to take measures to protect the press, and what do you hope to achieve?

Mayer: Politics has an influence on the police. I would like to see politicians not only paying lip service to the need to uphold freedom of the press, but also exerting a concrete influence on it, be it through training, or through talks between the police and representatives of the press at a round table.

But there is still too little pressure on police officers.

It is a bit more difficult with neo-Nazis. There it goes into the ideological corner of the neo-Nazis. Violence and threats are clearly anchored in the ideology of neo-Nazis and extreme right-wing actors, and there must be a political, as well as a civil society response to this ideology; it cannot be reduced to hostility towards the press alone.

*The editors have changed the name at the request of the interviewee.

About our interview partner

Martin Mayer has been researching the extreme right for several years, among other things for specialist magazines.

ReportIt
#ReportIt: Five years of impunity – what the murder of Pavel Sheremet means for journalism in Ukraine
COVID_19
#ReportIt: “Mit solchen Gewalttaten kann man engagierte Journalist:innen nicht einschüchtern”
Features
“When journalists can no longer report without fear, it affects us all”: An interview with investigative reporter Benedikt Strunz about the attack on Peter de Vries