By Roberta KnollNovember 13, 2020 No Comments

Home » #ReportIt: We need to learn lessons from attacks at protests in Serbia

In July 2020 during public disturbances in Belgrade, some reporters were physically attacked by protestors and police, because of their perceived position, in terms of the ownership of the media outlets they work for. The executives of one organisation decided to give them physical protection. Unaware of decades of experience in using media safety consultants, they engaged a local security company that sent some tough-looking guys, big-muscled bouncers who were indistinguishable from the extremists who targeted their employees and did not know even the basics of dealing with riots and targeted mass attacks. These “protectors” were more of an invitation to violence than a deterrent. Tragedy was avoided by pure chance.

The safety of reporters in the field is one of the main concerns of responsible news editors and media executives. It is a difficult task; the very nature of the job demands that they operate in life-threatening situations. Balancing the contradictory demands of safety and coverage is even more difficult in the current technological and professional environment.

Technology adds a new paradigm of threat to media freedom

The twenty-first century brought modern digital technologies at affordable prices, opening up huge possibilities for the media. Live reporting is no longer the exclusive domain of traditional TV and radio broadcasters. The Internet and the availability of cheap multifunctional gear opened it up to all sorts of entities: newspapers, magazines, radio stations, telephone companies, social media, governments, bloggers, influencers… All of these post photographs and video that are taken by operators who have to be as close as possible to the action in order to capture fighting, shooting, explosions and beatings,  – risking life and limb. New multi-use gadgets, from ubiquitous cell phones to photo cameras that also shoot video and broadcast it live have helped to blur the distinction between “the media” and new, non-traditional content providers.

At the dawn of the era of 24-hour TV news channels, technology was expensive and very few could afford it. In 1991, at the beginning of the wars in former Yugoslavia, a set of broadcast-quality TV reporting equipment, cost at least 50,000 euros with half as much again also required for an edit suite; a satellite uplink station costing upwards of 1 million euros was needed to go live. Financial limitations effectively reduced the number of people exposed to the most acute dangers, at least in broadcast media.

This pricey gear was also complex, requiring long operator training. It comprised learning on-the-job that gave media organisations a chance to teach their staff the principles of media ethics and operational awareness in various real-life situations. But it proved not to be enough. Scores of journalists died in the line of duty in Croatia, Bosnia, Chechnya, Rwanda and other 1990s conflicts and executives and editors realised the need for specialised training and physical protection. Well-to-do media sent their frontline staff to hostile environment training courses and hired security advisers, companies that provided competent ex-soldiers and former police officers who accompanied journalists, assessed the dangers, came up with procedures to minimise risk and physically stood close to reporters in wars, revolutions and riots. It worked remarkably well, at least for a time. Until technology created a new dangerous paradigm, the one in which we now live and work.

Two decades into the 21st century, most media workers reporting on dangerous situations are again in a very precarious position.

Some of the lessons learned have been forgotten; part of the awareness, paid for in the blood of many a journalist, has been lost.

Education:  the most effective prevention against attacks to media workers

No point in pondering over why we painted ourselves into that corner. The reasons are many and include the fact that technological progress does not always translate into the well-being of the operators; the changing nature of media and media-like content providers; the failure of both industry and society as a whole to effectively raise awareness of safety issues and come up with viable tools to at least stop this dangerous decline and ultimately rectify the unacceptable situation.

The most effective affordable remedy and prevention measure is education. It should focus on two main groups:

The first is obvious: people on the ground, media workers who come into close contact with hooligans, rioters, paramilitaries, criminals, police, armies and increasingly with ordinary citizens whose grudges are vented against poor news-gatherers. Some of our colleagues are often not even recognised as members of the press; in refusing to accept their status, many wish to prevent them from carrying out their principal democratic task of informing the public of events they witness. International organisations and watchdogs need to engage with this problem,  to clarify their status. They could issue them with proof-of-status, as many are not formally employed or even accredited by the outlets who use their output. To qualify for the recognition as bona-fide members of the media and some sort of a press pass, candidates should participate in at least a basic course in journalistic ethics and a practical safety-awareness programme.

The second group is, sadly, often forgotten: owners and executives of outlets directing and using the work of those field journalists. Many of them do not have a journalistic background nor any experience in dealing with dangerous situations. I confronted a number of new media executives in several countries and all were genuinely shocked to hear details of the risks their ultimate content-producers face on the ground. Even when they wanted to act, they had no knowledge nor anyone to lean upon and sometimes made mistakes that could have put their staff at even bigger risk.

Educating these two groups, the media soldiers in the field and their colonels and generals, must be taken as an urgent task for all organisations that can in any way contribute, from financing to organising and facilitating. COVID-19 has taught us that achieving that goal does not require huge and expensive infrastructure: it can be done online, in interactive workshops. But it must be done decisively and without delay. 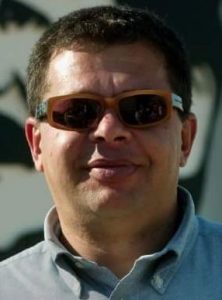 Zoran Kusovac is a journalist, editor and media executive with 30 years’ experience in the media. He has worked as a junior reporter, a producer, bureau chief and creator and director of the first fully digital TV station in South-Eastern Europe. He worked for Sky News,Fox News, Jane’s Information Group, The Times (London) and others, mainly in the Balkans, Eastern Europe, Middle East and South-East Asia. In his own words his most noteworthy professional achievement is that in over 20 years of leading and directing journalists in wars, rebellions, civil unrests and many violent events, his teams did not suffer any serious casualties, but achieved remarkable coverage. Admittedly, luck also played an important part.