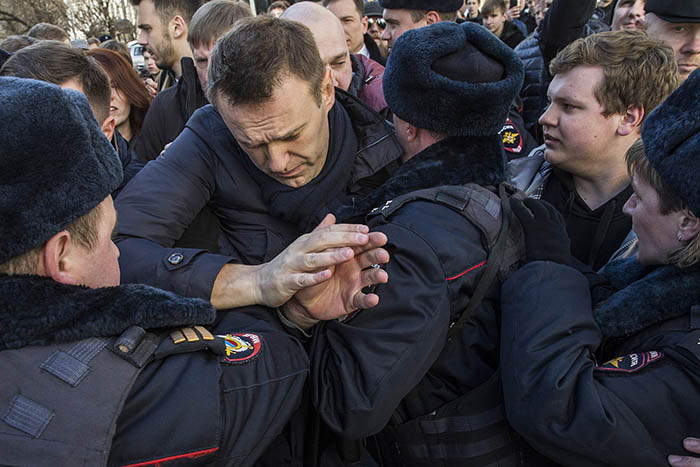 At least nine media workers were detained across Russia on 8 October during protests organised by Russian opposition leader Alexey Navalny.

“The arrest of journalists covering these protests is unacceptable and raises concerns that journalists will think twice about covering such demonstrations in future,” Hannah Machlin, project manager for Mapping Media Freedom, said. “The Russian government must cease detaining journalists, a clear breach of media freedom and the right of Russian citizens to receive information of public interest.”

In all, the demonstrations coinciding with president Vladimir Putin’s birthday resulted in more than 250 arrests. According to independent TV channel Dozhd, one of their reporters, Sonya Groisman was detained along with Life journalist Roman Vdovichenko and two reporters from Daily Storm, Rostislav Bogushevsky and Ilya Gorshkov.

Despite carrying their press cards, they were detained near Kitay Gorod metro station in the city centre. While others were taken to a police department, the reporters for Dozhd and Life were quickly released. Popular bloggers Georgiy Malets and Pavel Ryzhevsky, who were broadcasting live via Periscope during the protests, and a reporter for Open Russia were also detained in Moscow.