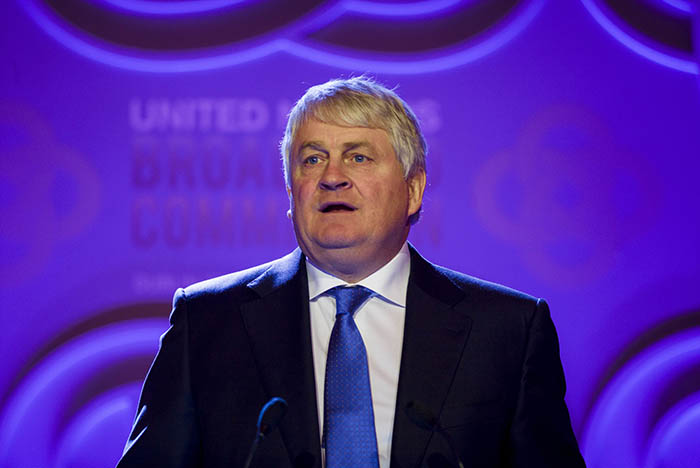 Denis O’Brien, the owner of Communicorp

Staff from the Irish Times will no longer appear on Ireland’s only two national commercial radio stations. The ban was laid out in a memo to Newstalk and Today FM staff on 5 October.

“The blacklisting of journalists in any context is deeply problematic but is more so in a media market that is as concentrated as Ireland’s. We call on the management of Communicorp to reverse this decision and support a plurality of voices,” Hannah Machlin, project manager for Mapping Media Freedom, said.

The memo of Communicorp’s radio outlets followed a 12 September 2017 commentary by Irish Times journalist Fintan O’Toole that criticised Newstalk presenter George Hook’s remarks about rape made on air on 9 September. O’Toole also took the station to task for its male-dominated lineup of presenters during prime hours, saying he would not appear on the Newstalk again as it had become “the most flagrantly sexist public organisation in Ireland”.

After the article and a social media campaign, Hook was suspended from Newstalk on 15 September.

In response to the ban, the Broadcasting Authority of Ireland said it would “write to [the] Communicorp Group to clarify a number of matters in respect of editorial independence” in a statement to the Irish Times, along with the National Union of Journalists calling on Communicorp to reconsider its position.

O’Toole also tweeted he was “delighted” that Denis O’Brien, the owner of Communicorp, is “upholding free speech by banning all Irish Times journalists from all stations”.