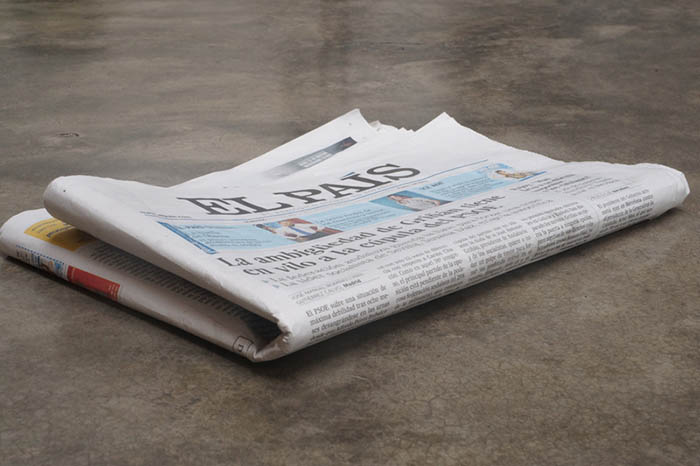 Within the last month, Index on Censorship’s Mapping Media Freedom platform has recorded a number of restrictions on media access to events in Spain by police and politicians.

Melody Patry, Index’s head of advocacy, called to attention these encroachments on press freedoms by Spanish law enforcement: “The police are clearly — intentionally or not — restricting access to information and interfering with legitimate journalistic work,” she said. “This further highlights the need for improved policy and training of law enforcement bodies to protect freedom of expression and ensure journalists’ safety.”

On 10 June, police officers blocked access to journalists covering an eviction in Santiago de Compostela and threatened to fine them.

During a protest against an eviction, police obliged reporters to stand behind the police cordon a hundred meters from where the eviction was taking place. This restricted access made it difficult for the journalists to see and report on the event.

Police agents in plain clothes asked reporters for their IDs and personal documents while simultaneously refusing to identify themselves. According to the journalists, the police acted aggressively, wielding batons against them, threatening them with fines for taking photos and warning reporters that photos already taken would be erased.

Journalist Cristina Fallarás received a €600 fine on 13 June for disobeying police orders and standing on the street during a Madrid protest.

On 18 May, Fallarás participated in a protest against the assassination of Mexican journalists in front of the Mexican embassy in Madrid. Police cordoned off a road near the embassy. “There were so many people at the protest, we were squeezed, so I went on the road. A policeman told me to go back to the pavement,” the journalist told Público. Fallarás then explained to the policeman that she had not interrupted traffic on the road and that there were many people on the pavement. He asked for her ID.

“When I gave my ID I knew they were going to fine me but I didn’t think it would be a €600 fine,” Fallarás said. She was fined according to the Citizen Security Law, which some critical media outlets have called a ‘gag law’. She was notified of the fine on 13 June and has indicated a plan to appeal it.

On 16 June, the Spanish newspaper El País removed an article it had published on the parliament spokesman of the ruling party because the editor-in-chief considered it to be “inappropriate”.

The article criticised the behaviour of MP Rafael Hernando during a debate with MP Irene Montero. Within the opinion article, author Salazar called Hernando a “male chauvinist and misogynist”.

“They (El País) told me that the article is fantastic, that it will be published on the cover page of the web edition,” Salazar told Público. A few hours later, after 300 comments appeared on the article, El País told Salazar that the editor-in-chief, Antonio Caño, had read the article and said that it would have to be either “softer” or removed. “I told them that there was nothing to change,” said Salazar. He received another phone call, this time from the director of El País, who told him that to call Hernando a “male chauvinist and misogynist” was not appropriate. The article was then removed from the website.

The left-wing Podemos party failed to invite six Spanish media outlets to an “off the record” breakfast briefing on 20 June where they introduced the new party spokespeople to the rest of media.

Podemos excluded reporters from El País, la Cadena SER, El Periódico de Catalunya and online outlets El Independiente, Voz Pópuli and Ok Diario. The Madrid Press Association called it a “veto” on the media and asked Podemos to refrain from such actions in the future. According to the APM, all affected journalists typically report on Podemos.

Podemos’ members say that the party has a right to decide who will be invited to their private events and that there was a lack of confidence with the reporters in question.