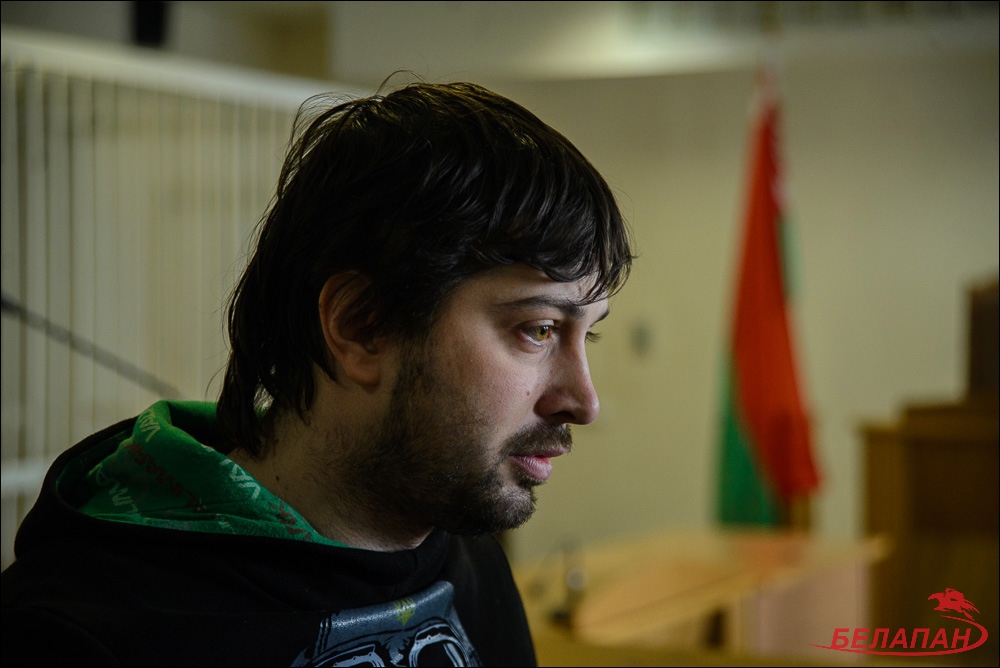 “I am a journalist!” This is a phrase that is officially regarded as obscene by the authorities of Belarus today.

Aliaksandr Barazenka, a cameraman for Belsat TV, a Poland-based Belarusian language media outlet, was sentenced to 15 days arrest in Minsk on Monday 27 March. He was detained while filming a live stream from a peaceful protest in the centre of the Belarusian capital on 25 March. Witnesses say Barazenka was with a camera and other journalistic equipment that made it obvious he was not a protester. To prove it to the riot police, who had begun detaining people on the street, Aliaksandr kept shouting: “I am a journalist! I am a journalist!”

Police officers testified in court on Monday that Barazenka was swearing in public, “waved his hands and showed disrespect to public order”.

The demonstrations erupted after the implementation of Presidential Decree No.3, which fines people (about 150-200 GBP annually) who are unable to prove an official workplace or income. Calling these individuals “social parasites”, authorities said they have to pay a share of state social expenditure.

A large number of Belarusians consider this attitude disrespectful. Coupled with economic problems that are felt by ordinary people the decree sparked protests across the country bringing thousands of people into the streets of Belarusian cities.

President Lukashenka, who has been in power since 1994, ordered law enforcement to end the protests. Police responded with heavy-handed tactis that included reported assaults on demonstrators. Hundreds of people were detained just before or during the events of 25 March, celebrated unofficially by the country’s political opposition as Freedom Day, which commemorates the founding of the first independent Belarusian state in 1918.

The detainees are now are being prosecuted, fined and sentenced to administrative arrests. Fifty-seven human rights activists were detained in an office of Viasna Human Rights Centre, an organization lead by the Nobel Prize and Index Award nominee and a former political prisoner Alies Bialiatski.

“The authorities fail to preserve a social contract with the population of the country. Now the regime tries to prevent a social protest to get political claims, and try to frighten the society like they used to do before”, says Uladzimir Matskevich, a philosopher and a leader of the Agency of Humanitarian Technologies, an independent Belarusain think tank. “There is a need for united response from the civil society; we need to come up with a real and united opposition force in Belarus”. 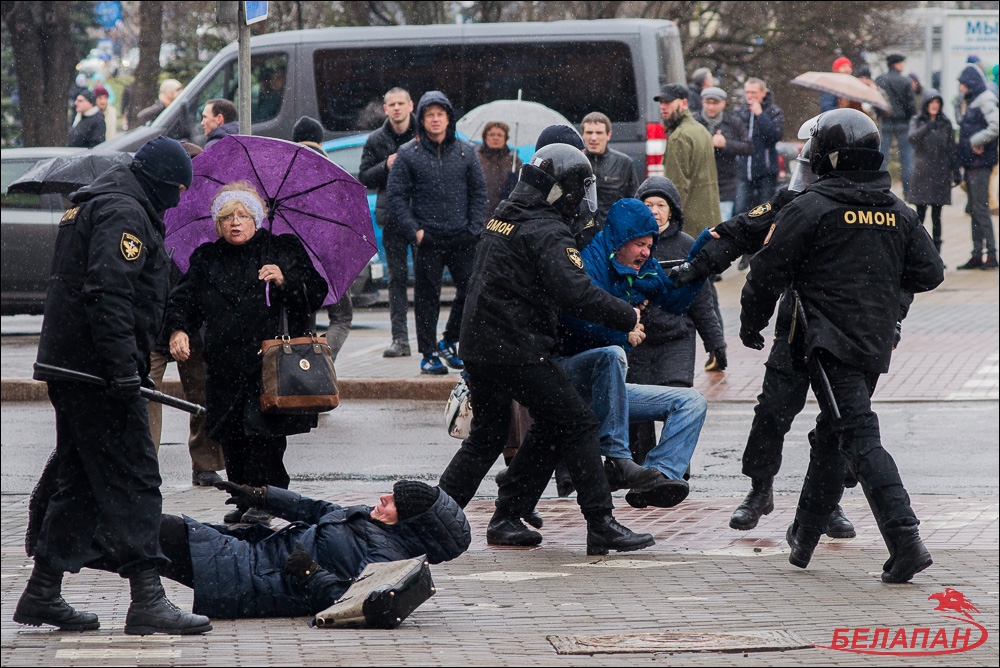 Protesters were blocked by police as they attempted to reach the protest on Saturday 25 March 2017. (Photo: Siarhei Balai, BelaPAN) More images can be seen on the BelaPAN site.