Reporters Without Borders: The situation of journalists and media in Ukraine 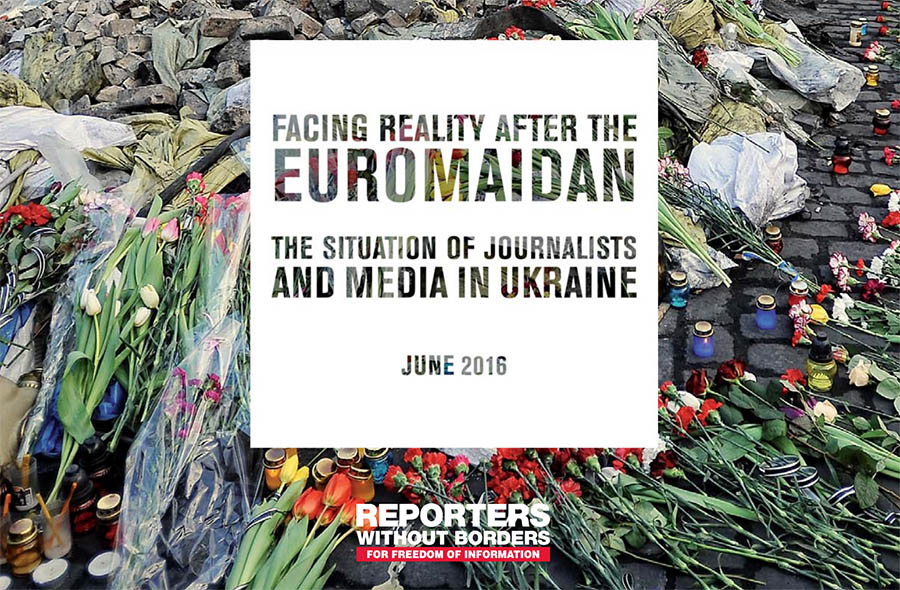 Mapping Media Freedom partner Reporters Without Borders released a new report on media freedom in Ukraine on 11 July.  Entitled Facing Reality After the Euromaidan: The Situation of Journalists and Media in Ukraine, and available in English, French and German, it details Ukraine’s complicated media landscape as one where investigative journalism and critical reporting operate with little government interference or influence. However, the sector still faces structural limitations such as journalism training gaps and power concentrations within private television networks.

The presence of “the triple challenge of the war in the Eastern part of the country, the economic crisis and the digitalisation of mass media” has created other problems that prevent complete plurality in the media. The financial crisis, in particular, has limited the success of independent media outlets while strengthening an oligarchical concentration of power in media markets as people turn away from advertising and towards businesses for funding, inadvertently leading to so-called “information wars” where businessmen use their media influence for political gain.

War in the eastern part of the country has also threatened media freedom and independence in the form of bans as measures to block Russian television providers and limit the travel of foreign journalists take effect. These issues, among others detailed more fully in the report and recorded on the Mapping Media Freedom interactive map, have seen Ukraine ranked 107th out of 180 countries in the latest RSF World Press Freedom Index.

This development reflects a positive trajectory, however, as Ukraine has risen 22 ranks since the last World Press Freedom Index. Since the fall of the Viktor Yanukovych regime, there have been no limitations on internet access and online media. Journalists are rarely, if ever, imprisoned for their work and the offences committed against journalists have reduced significantly. Overall, the press is able to operate independently of the government.