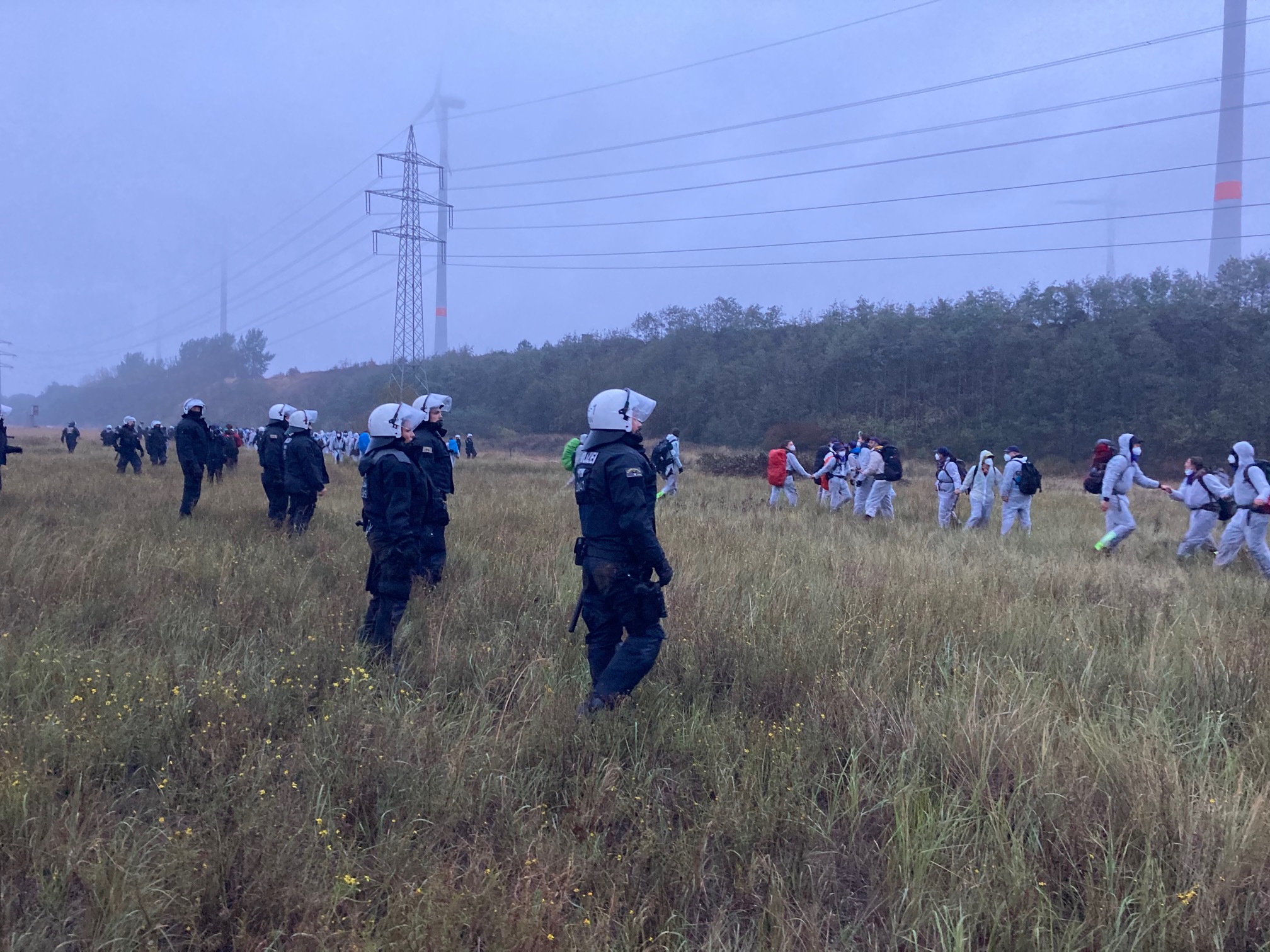 By Roberta KnollNovember 27, 2020 No Comments

Home » #ReportIt: “I had never felt so threatened while doing my work” – reporting on climate protests in Germany

In the early morning before sunrise, about two hundred people arrived in a local train at a very small railway station in Rhineland, near Europe’s biggest coalmine, Garzweiler. It was dark and raining and the people started moving quickly in a single line towards the fields, because they hoped to make progress  before the police turned up.

Ende Gelände is a well-organised protest event organised by climate activists against coal. Since 2015, the activists have brought thousands of young people to Germany’s coal producing area in North Rhine-Westphalia to occupy and obstruct the coal-infrastructure for one weekend.

For the police it is a largescale and resource-heavy operation. However, as it happens every year they should know what to expect and have the opportunity to learn from previous years’ experiences. Irrespective of that, they  bring thousands of officers to the field in response to the protest. That morning, the activists managed to arrive at the mine  – the police officers arrived too late and there were too few of them to prevent the protesters from gaining access.  However, with batons and fists they forcibly stopped some activists who where about to break through a police line.

For journalists this is a critical moment – do you follow them into the mine or not? The mines and power plants are private property, owned by the large German coal producer, RWE. Being a journalist doesn’t automatically allow you to enter unless there is a situation of public interest that requires media coverage. As a journalist you have to weigh up the arguments in that split second – private property versus public interest – and if you decide that public interest  trumps the other, you follow the protesters and go down. Of course, RWE workers and even the police officers can come to a different conclusion by weighing up the options and arguments differently. This then opens up the possibility of being forcibly arrested, detained or charged, alongside the protesters you are covering. If RWE does take you to court, a judge must decide if your decision was justified. Here is yet another person weighing up the decision you made, trying to walk in your shoes, with no guarantee they would make the same decision you did. RWE is still pursuing a lawsuit against a German photojournalist who was reporting on the blockade of a power plant during climate protests in 2017. RWE wants 2.1 million euros compensation from him and five activists.

But the law is not the only thing you have to think about in that moment. The other consideration is the violence deployed by the private security workers employed by companies such as RWE. When I arrived at the site of the coalmine just behind the activists, I saw about ten white RWE security vehicles arrive. The security guards jumped out of the cars, ran towards the activists and journalists and started to beat them and pull them down to the ground. One of them tried to beat the camera out of a colleague’s hand and push him down. Another came towards me, pushing me back trying to force me to stop filming. He also tried to take my phone away from me. I had never felt so threatened while doing my work before. I even called out to a nearby police officer  asking him to do his job and protect us from the violent security guards.

I had never felt so threatened while doing my work before.

This is just a snapshot of how threatening the situation was. As a reporter covering mass civil disobedience or secretly-planned protest actions, it is clear to me that the police do not really value press freedom. In fact it is the opposite: as a reporter you have to go out of your way to convince the police officers  that you are not an activist. If you fail to do this you are at risk of physical violence. The violence is not always intended, even if the injury is severe:  during the Ende Gelände action a journalist was taken to hospital because she was in the way when a police horse shied. She suffered two broken ribs.

In the Dannenröder Forest, press freedom is not a matter of course

In the Dannenröder Forest, the point of action of the German climate justice movement right now, press freedom is not a matter of course. Activists have been occupying trees  for more than a year to preserve the forest and prevent the construction of a highway, which would destroy parts of the ancient and ecologically-valuable mixed deciduous and coniferous forest. On 1 October, police officers and tree fellers started to forcibly evacuate the protesters and destroy the tree houses where they had been living. In the beginning it was very difficult for journalists to report from there because the police wouldn’t let them enter the eviction zones, calling it  a danger zone. They blocked the entire area with warning tape and only let photographers and reporters enter one small area, many meters away from the occupied trees. After a public outcry and complaints from journalists this policy has changed; now the blocked area has been reduced in size, enabling photographers to at least be able to see what they are shooting.

Still the situation remains  dangerous for reporters. Recently a colleague reported from Dannenröder Forest that a riot police unit intentionally attacked journalists when they were reporting on confrontations between activists and journalists.

Even if you are lucky enough to never have been directly affected by police violence against journalists, you know the stories of colleagues and behave differently compared to a place where press freedom was not just a law but reality, everywhere, at any time. 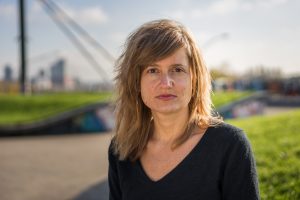 Katharina Schipkowski works as a journalist and editor in the daily newspaper taz.die tageszeitung. She lives in Hamburg but likes to travel to other places to report about social movements and climate justice.