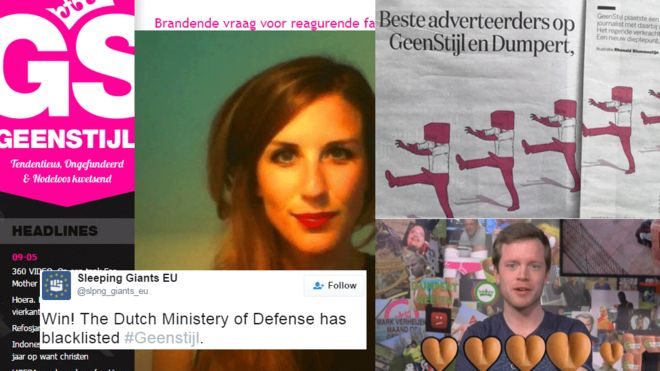 Dutch journalists launched a campaign to pressure advertisers into reconsidering advertising on sites that denigrate women.

Journalists are increasingly subjected to online harassment, but when the journalist is a woman misogynistic abuse quickly escalates into gender-based defamation and threats of sexual violence, according to a review of incidents reported to Index on Censorship’s Mapping Media Freedom project.

In the latest case, political editor Laura Kuenssberg, who works for the BBC, was provided with a security detail while she covered the Labour party conference in Brighton. Kuenssberg had been targeted with sexist abuse by individuals who were upset by what they saw as her anti-Labour and anti-Jeremy Corbyn bias. 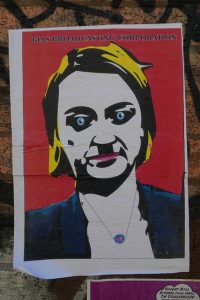 “Sadly, Laura Kuenssberg’s experience is all too common across the 42 countries that Mapping Media Freedom monitors. Women are often targeted with threats of death and rape. As a society, we only hear about the most high-profile cases, which obscures the fact that this type of misogynistic intimidation is a widespread and pernicious obstacle to the performance of journalists’ professional duties,” Hannah Machlin, project manager at Index on Censorship’s Mapping Media Freedom project, said.

Bawołek reported that she had received hundreds of insulting messages on social media after TVP INFO accused her of asking provocative questions with intent “to harm Poland”. In the messages Bawołek was called a “prostitute”, “anti-Polish manipulator”, “stupid” and “a snitch”.

In May, there were two cases that exemplify the seriousness of the threats that women journalists receive online.

In Ukraine, journalist Darina Synytska was threatened with rape and kidnapping on Facebook. Responding to a post in which Andriy Knyazev, a resident of Poltava, accused Synytska of passing the personal information of activists, three Facebook users — Ruslan Zarubin, Vitaliy Soloniy, Danylo Plakhov — left threatening comments. Other users were urged to “disappear” the journalist. The journalist union for the region issued a statement of support and solidarity of Synytska, and pledged to monitor the police investigation of the incident. The threats followed Synytska’s investigation of a conflict over a construction site in the centre of Poltava.

In The Netherlands, Loes Reijmer faced a storm of sexual harassment including threats of rape after a popular right-wing blog published her photo with the text: “Would you do her?” Reijmer had previously published critical columns about the controversial site GeenStijl, which has been routinely criticised for sexist content.

The GeenStijl post targeting Reijmer resulted in a public call on advertisers to stop advertising with the outlet backed by an open letter signed by over 100 women from the media and entertainment industries.

“Combating online threats against female journalists will remain at the top of my agenda as it is an integral part of the safety of journalists. There can be no freedom of the media without safety,” said the OSCE Representative on Freedom of the Media Harlem Désir.

“These cases highlight the seriousness of the threats women journalists face in the course of their work. These online campaigns are intended to silence and intimidate women who write critically. The solidarity of unions and a wider community reaction has been crucial in communicating that threats of sexual violence or otherwise are unacceptable,” Machlin said.