Home » Dunja Mijatović : Turkey must treat media freedom for what it really is – a test of democracy

Dunja Mijatović : Turkey must treat media freedom for what it really is – a test of democracy 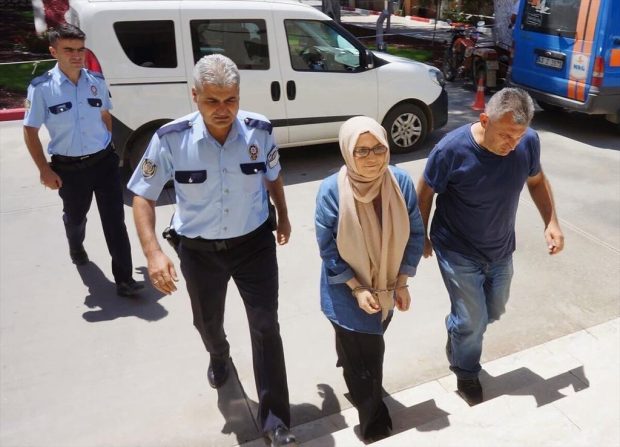 Büşra Erdal, one of 89 journalists subject to arrest, surrendered in Manisa and was taken to police headquarters in handcuffs.

Media freedom must be treated for what it really is: a strong test of democracy. And any response to a crisis requires a cautious approach if basic civil liberties, the building blocks of any free society, are to be protected. Make no mistake about it, in the case of Turkey, we are faced with a situation where authorities are violating the basic human right of Turkish citizens to engage in free media.

Just consider the following media freedom issues that have taken place after the attempted coup in Turkey on 15 July.

These issues must also be put in the context of the general, sharply deteriorating media freedom situation in Turkey in the past few years. An anti-terror law in Turkey, in effect since 1991, is being used to round up terrorists but also many others, including those who it is my job to lobby for – journalists and media.

Today there are dozens of journalists in jail in Turkey, prosecuted and convicted mostly under a law designed to fight terrorism and protect people. The number of journalists jailed in Turkey is without precedent in the OSCE region. Under the anti-terror law, merely reporting on controversial topics could land a journalist in court.

The latest case in a string of the recent crackdown activities on media in Turkey is the detention of seven journalists in the last two days, while arrest warrants were issued against several dozens more, accusing them of supporting terrorism. To say that dissenting voices, although still present and persisting, are under duress in Turkey is a severe understatement.

The authorities’ systematic abuse of media and its players, done with the intention of guaranteeing control of the media landscape, is nothing short of a clear and present threat to democracy in the country.

Media-freedom advocates like myself, must and will continue to raise our voices and provide the defenses necessary for free expression and free media to flourish in Turkey.

I will raise the issue of the rights of media and of journalists before national legislatures. I will engage in public awareness campaigns on behalf of free media. I will continue to do everything in my power to protect and safeguard the independent and pluralistic voices that are the cornerstones of any society. And I will call on elected officials to spend the resources, including political capital, essential to build environments conducive to free expression.

I believe that a society that respects human rights is working towards the common good of its people and that limiting and breaching fundamental democratic and civil liberties negatively affects the common good. I also believe that the role of elected officials is to write good laws and appoint good law enforcement authorities, including police, prosecutors and judges to interpret those laws in a manner that will make free expression possible.

All democratically elected governments must adhere to the underlying rules of their society – free markets, universal suffrage, access to government information and other basic civil liberties, including a free and pluralistic media environment.

Freedom of expression is a universal and basic human right; it does not stop at views deemed appropriate by the authorities. It remains the role of journalists to inform people of public issues, including highly sensitive issues. And it remains the role of the authorities to ensure that journalists, no matter how critical or provocative, can do so freely and safely. Turkey fails on this account.

Chronicling infringements on internet freedom is a necessary task

Propaganda is ugly scar on face of modern journalism