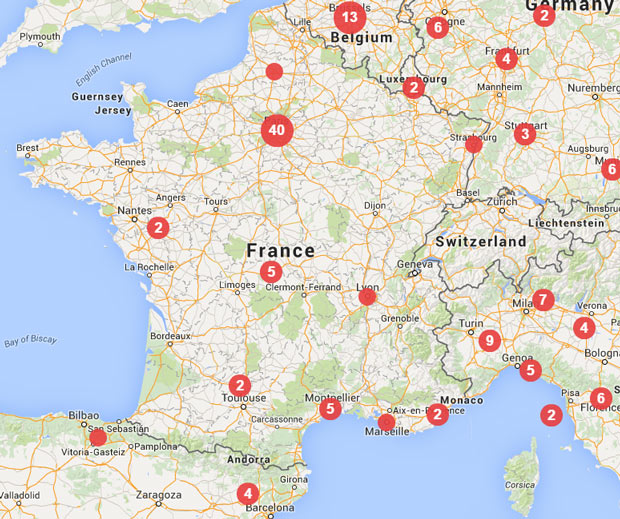 Vincent Bolloré is known for business takeovers. Now 63, he has built an empire in energy, agriculture, transport and logistics.

The billionaire is also a media mogul with expanding interests. His investment group Bolloré, named for its president and CEO, has a majority share in Havas, a leading French advertising and PR group. It owns the cable television channel D8 and the daily newspaper Direct Matin.

A common theme is emerging in Bolloré’s professional life. As he attains more media companies, there are increasing attacks on editorial content he disapproves of. Last June, Le Canard Enchaîné revealed that Havas, a French multinational advertising and public relations company, which is controlled by the Bolloré group, had cut the advertising budget in Le Monde by €3.2 million in 2014 and €4 million in 2015. This followed the publication of two articles that Bolloré disliked — a personal profile and a report on the activities of the Bolloré group in the Ivory Coast.

“It can be hard to understand whether a media owner is doing something to improve the health of his business or whether he is meddling with editorial content,” says Virginie Marquet, a lawyer who specialises in freedom of the press and co-founder of the collective Informer N’est Pas Un Délit (To Inform Is Not A Crime). “What’s new with Bolloré is the brutality of what is taking place.”

Pierre Siankowski is the former culture editor for Le Grand Journal, a primetime talk show which was broadcast on Canal Plus every weekday and produced by independent production company KM. On 3 July, he found himself out of a job when Bolloré personally decided KM would stop producing the talk show. “The reason given is that the show was too expensive and that Bolloré wanted it to be produced internally,” Siankowski says. “But there’s actually an article in Le Parisien that claims the current cost of production is roughly the same.”

For Siankowski, there may be another reason. He says Renaud Le Van Kim, producer of Le Grand Journal, who is believed to have been made to leave the company he created at Bolloré’s demand, and Rodolphe Belmer, former director of Canal Plus who was fired in July, had both expressed support for Les Guignols De L’info — a satirical news bulletin broadcast on Canal Plus where politicians are played by latex puppets — amid rumours the show was under threat.

The puppets are currently in the closet, having been temporarily taken off the air. The show is due to return in November, but on Bolloré’s orders, it will have more of an international focus, and therefore less coverage of French politics. It may also lose its prime-time slot.

Does Siankowski think the attack against Les Guignols might be politically motivated? Is it a gift from Bolloré to Nicolas Sarkozy, who was a frequent target of the show? “Here is what we know: after he got elected, Sarkozy went on holiday on Bolloré’s yacht,” he says. “We also know Sarkozy hated Les Guignols, and that in a few months’ time the political campaign for the presidential election will start.”

Meanwhile at Canal Plus, there were other worrying signs. In July, it was revealed that a documentary on tax evasion at the Crédit Mutuel bank — one of the main financial partners of the Bolloré group — which was scheduled to be broadcast on Canal Plus in May, had been removed from the programme before it was supposed to air. Geoffrey Livolsi, co-director of the documentary, said Belmer had received a phone call from Bolloré, who requested it be axed following a conversation with Michel Lucas, CEO of Crédit Mutuel.

When asked by staff representatives to explain the decision, Bolloré allegedly replied: “You don’t kill your friends.”

The documentary was finally shown on France 3 in October.

In September,another documentary, this time on the rivalry between Sarkozy and French President Francois Hollande, was taken off Canal Plus grid without explanation, before reappearing a month later.

“What this shows is that we don’t have the tools that are needed to protect press freedom,” Marquet says. “This is why we felt we need to mobilise.”

“What we would like to see are sanctions,” Marquet adds, reminding us of the existence of a resolution voted in 2013 by the European Parliament. It states: “Governments have the primary responsibility of guaranteeing and protecting freedom of the press and the media” and considers “the trend of concentrated media ownership in large conglomerates to be a threat to media freedom and pluralism”.

Bolloré’s attack on the media isn’t confined to those organisations in which he has an influence. He has taken legal action against journalists and publications to defend his business interests. His group has sued, among others, rue89, France Inter, Libération and Bastamag. It also took journalist Benoît Collombat to court over an investigation he had done on the group’s activities in Cameroon.

Asked what he thought of “the Canal Plus spirit” on 12 February on France Inter, Bolloré replied: “It’s a spirit of discovery, of openness, sometimes of excessive derision.” On that same evening, Les Guignols featured Bolloré’s puppet, who was asked to define what “acceptable derision” means. It seems the real life billionaire’s answer to that question has been clear.