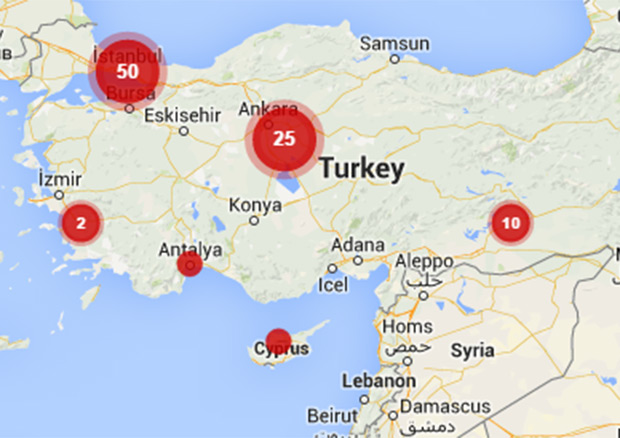 Index on Censorship’s project to map media violations in the European Union and candidate countries has recorded 74 incidents in Turkey since May 2014.

Çağatay Gürtürk, owner of the collaborative dictionary website ITÜ Sözlük, was detained while trying to enter Turkey on the night of January 14. Authorities were investigating a posting on the site that allegedly “humiliating” to the Prophet Mohammed.

Gürtürk was released shortly after and published an open letter to the press on ITÜ Sözlük’s website saying that the website has been involved in lawsuits over the last ten years.

Gürtürk also wrote on the website, “The freedom to disseminate thought is a universal and constitutional right and people’s websites have become the most valuable tools in the world to use this freedom.”

This article was posted on January 16, 2015 at indexoncensorship.org